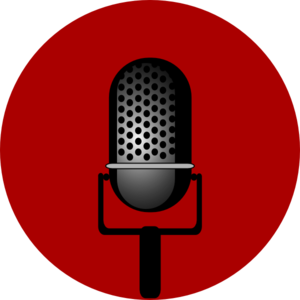 I love talking on the radio.

I don't do radio ads often, but when I do I always get a thrill going to the studio, sitting in the soundproof booth, and letting it rip. And every so often I get the opportunity to be interviewed on the radio. Today was one of those opportunities.

The delightfully entertaining Lee Rayburn from Ithaca's own WHCU had me as a guest today on Morning Newswatch. He was curious about Collegetown, the neighborhood of Ithaca where my store, Uncle Marty's Shipping Office, is. You see, Collegetown has been under major redevelopment for two years now and it has dramatically affected vehicle traffic, pedestrian traffic, and consequently businesses … not the least of which my own.

Now I'm an optimist (generally, with certain moody exceptions). And I fully acknowledge that the rose-colored glasses that I wear can sometimes get on people's nerves. But truly I see hope and a very bright future with all of the construction surrounding my business. Of course it hurts now and has been an absolute bear to deal with—full of frustration, hair-tearing-out moments, and complete bewilderment at some of the things that we've seen occur—but through it all, the end result will indeed be fabulous!

So Lee and I talked about it. And I hope that our discussion will encourage more of the general public to visit our fine neighborhood and support our fine businesses during the redevelopment process that we're stuck in the middle of.

I'm very grateful for the opportunity to speak freely and openly, no matter what the topic. Because nothing gets done if nothing gets said. And there's always a way to address a situation in a proactive, positive, professional, and solution-based manner, which has been my approach with this construction process and an attitude I hope to continue with. As a result, and by being involved and outreaching, I've been able to make some amazing connections with major developers, landlords, media, and local city and university officials. It's been quite the silver lining!

We all have something to say. For some, it's sharing hope. For others, it's raising awareness. We have stories to tell, accusations to make, positions to defend, causes to rally for, jokes to jest, encouragement to give, love to extend, and new connections to foster.

A good friend of mine gave me very good advice recently. He's a designer and was critiquing some new logo ideas I was toying around with. He said, "In design, it's not what you can add, but what you can take away." And I think the same editing mindset is appropriate with our spoken/written platforms. But when it's appropriate, timely, and might—just might—bring positive change, then why not speak up?

Talk about it. It'll do you good.